The Inevitable Death of Language 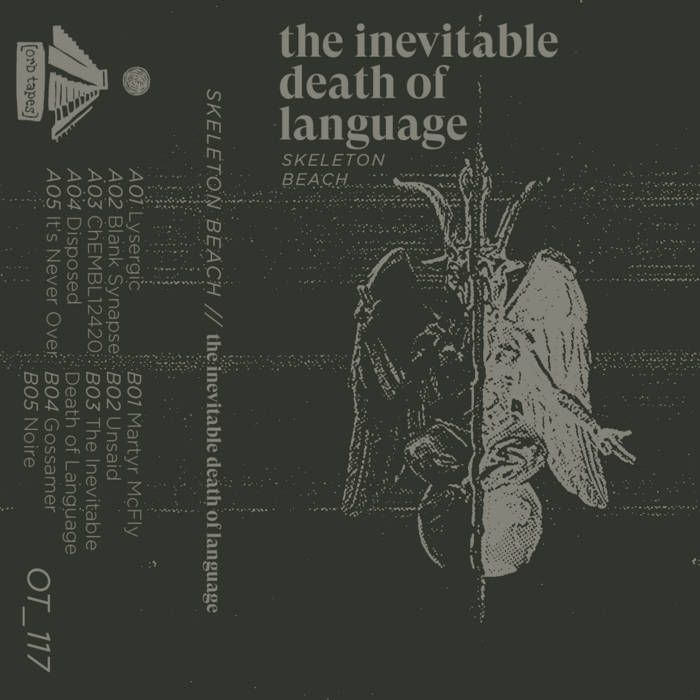 Skeleton Beach, aka Gene Priest, is an electronic music producer from Knoxville, Tennessee whose origins began as a simple homage to and exploration of the sounds and textures of classic horror film scores, 70’s modular electronic music and long-form ambience.

Producing a hardware driven, atmospheric and dark sound, Skeleton Beach is tantamount to a love letter to film scores and techniques of electronic music past. Priest's music relies on the power of exploration within music and its sonic ability to create a feeling, mood and connection, regardless of its minimalism or complexity.

Every album is an experimental process of blending vintage analog synthesizers with modular synthesizers, various drum machines and percussive elements to create ambient, hypnotic, and at times chaotic music that stretches across the full spectrum of electronic music.

With "The Inevitable Death of Language," we see Skeleton Beach take a detour into the realm of IDM, a slightly different vein than much of Priest's output with this project, though with many of the same sonic through lines. The churning synths still envelop the listener, fortified here with meticulous glitches and breakbeats. Drawing inspiration from the likes of Aphex Twin, Autechre and Squarepusher, Priest pushes his Skeleton Beach project into new ground with this release, exhibiting his musical acumen and affinity for genre-bending.