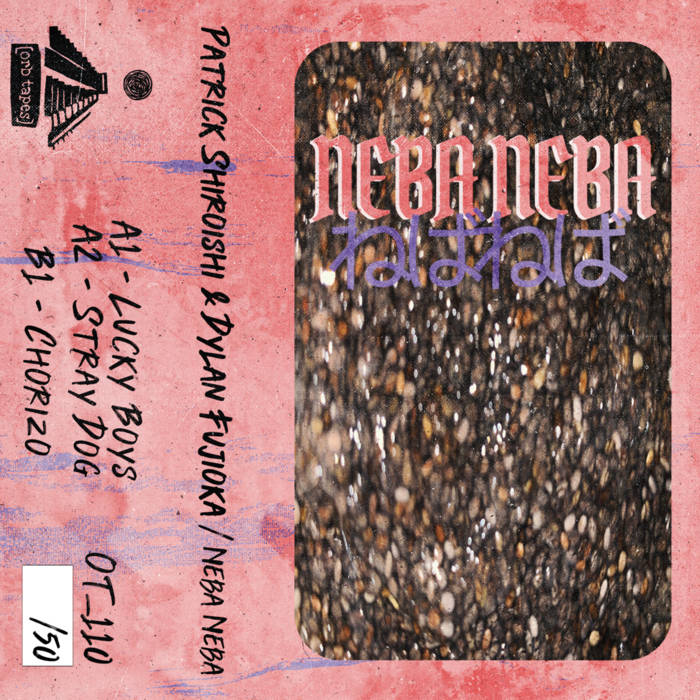 “Neba Neba” marks the first duo release featuring saxophonist Patrick Shiroishi and drummer Dylan Fujioka. The pair have appeared together in an array of group ensembles over the past several years, going back to Chelsea Wolfe’s 2013 album “Pain Is Beauty” (Sargent House), and as recently as 2019’s “Borasisi,” where they played alongside percussionist Alex Cline and saxophonist Vinny Golia (Astral Spirits). This release is the second collaborative effort between Orb Tapes (based in Harrisburg, PA) and Cacophonous Revival Recordings (based in Richmond, VA) as well as Shiroishi’s second effort on Orb Tapes, after 2017’s “Nausea” by Sewing Circle. With “Neba Neba,” Shiroishi and Fujioka bring us a 3-track free jazz journey, seamlessly weaving frenzied and ecstatic sections with their more delicate, subdued counterparts.